Do you know what Farina is? If you grew up in this generation, or if you are someone like me who grew up in the Philippines, you probably haven’t heard of this breakfast cereal. Farina is a creamy hot wheat cereal that was popular in the 70’s. So I did some research. Cream of Wheat was invented in 1893, so Farina came a few years after it – which is the year 1898. 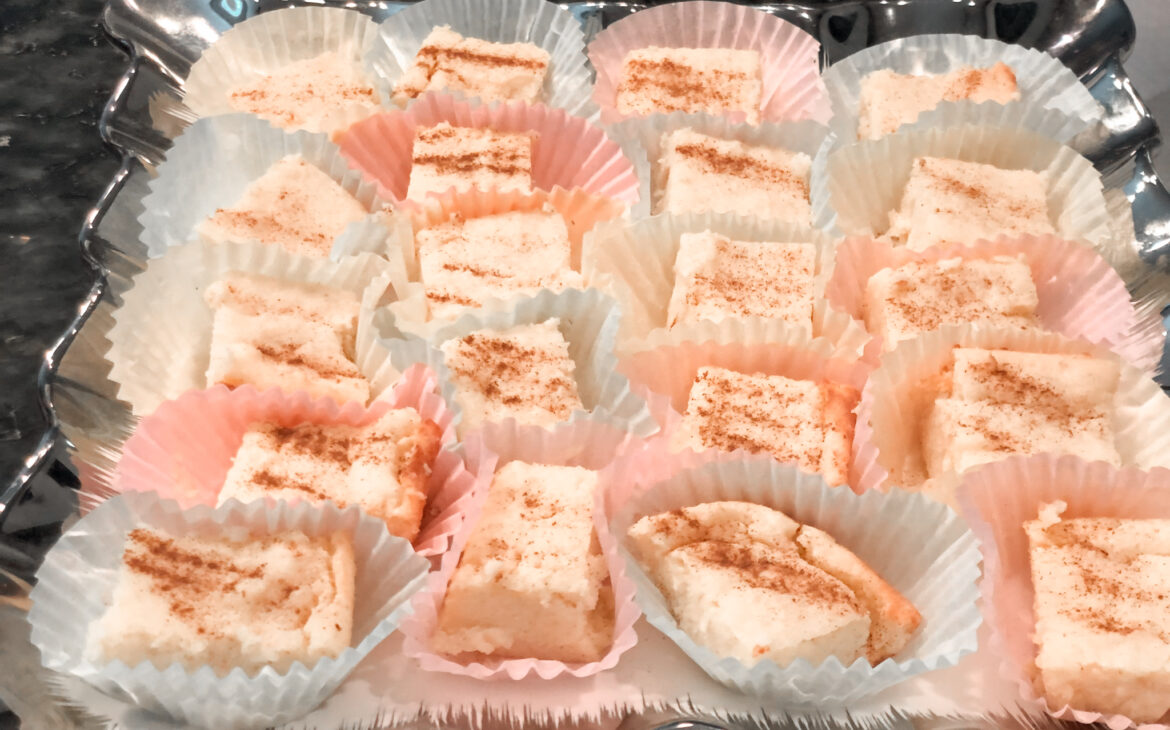 My husband grew up eating this. I make sure that I have this in my pantry just in case he is in the mood to eat this cereal. The funny thing is…. he can’t stop reminiscing his childhood days whenever he’s in front of this hot creamy cereal.

Now if you were just to make this cereal- you’ll need water, milk, cinnamon powder, and sugar. Well that’s the way I would make it – on the stovetop. 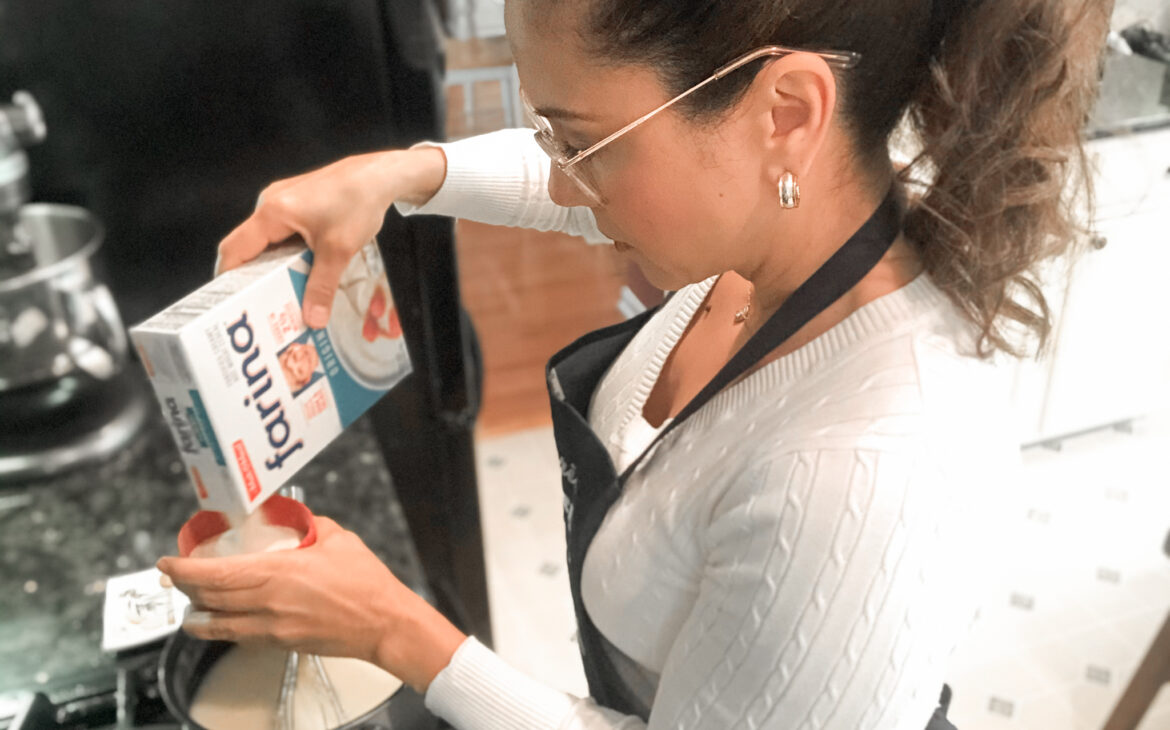 It’s interesting because the consistency of this cereal reminds me of oatmeal. 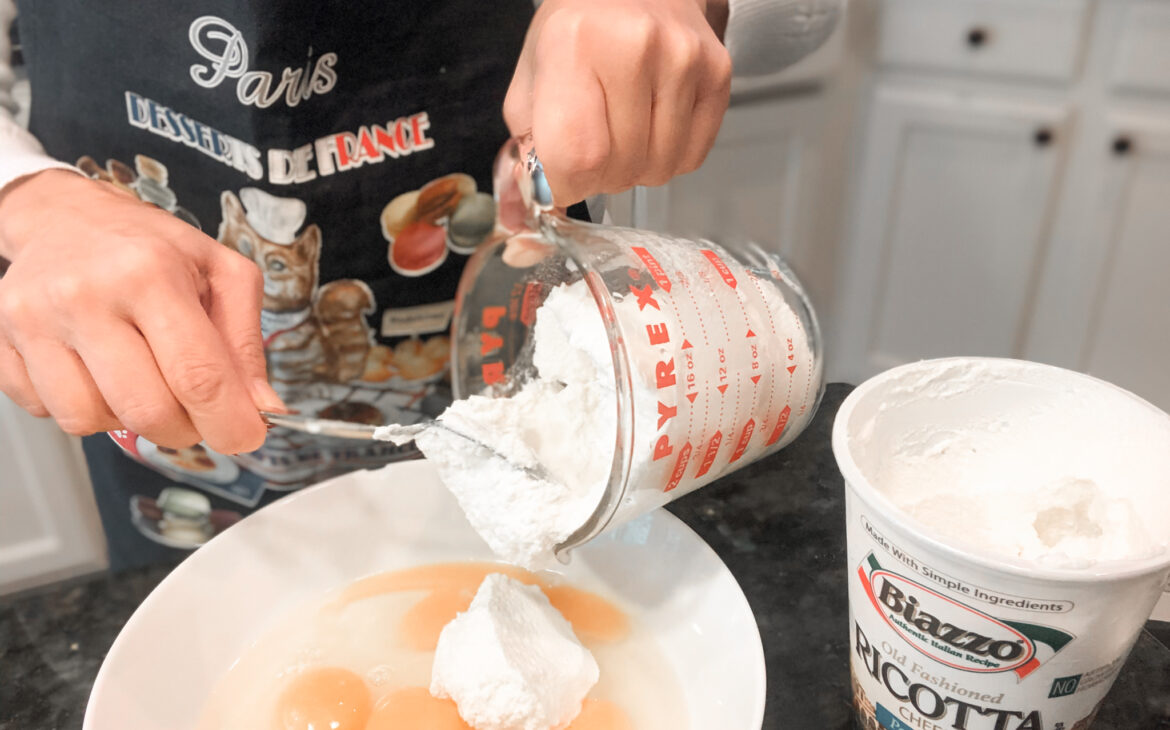 I am writing this blog to share with you my discovery!

I have discovered an amazing recipe that I whipped out one day and took to my son’s football dinner at school. 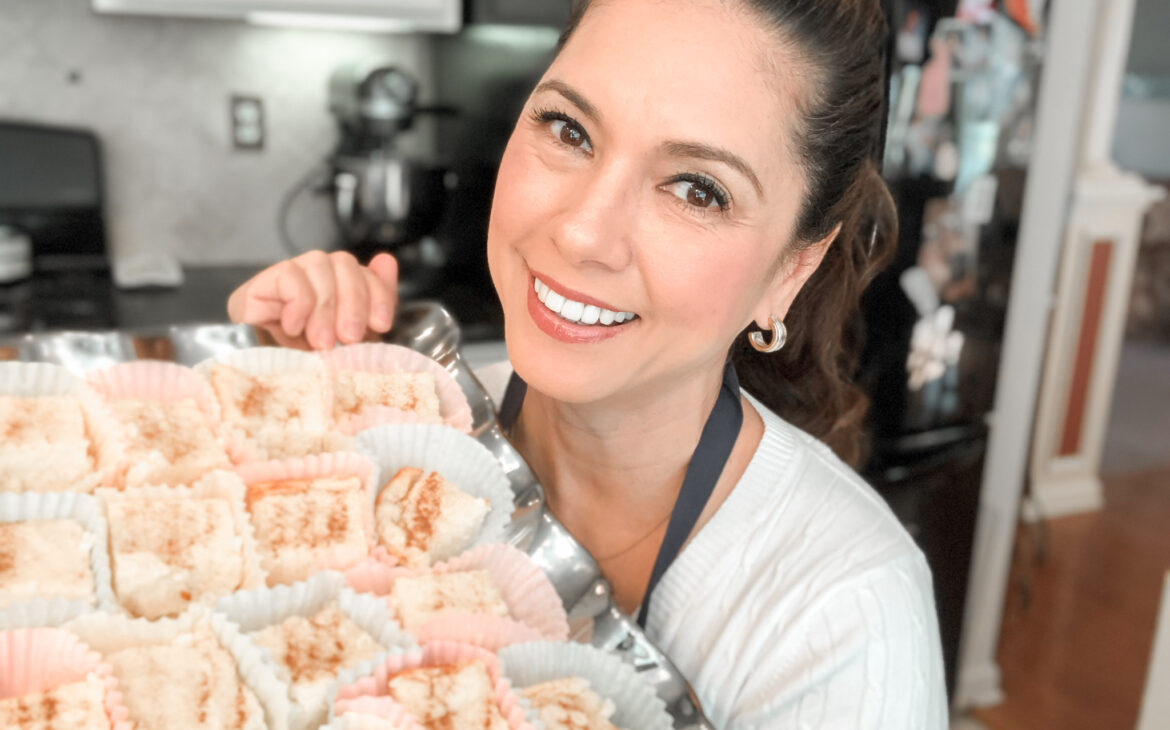 To my surprise, these squares tasted like – solidified rice pudding! YUM! I dusted cinnamon powder on top of each square placed in a muffin paper cup, and voila!!! Surprise, surprise!

My son who loves rice pudding devoured it and it became a hit to all of his football team mates.

Every Thursday night,  during the football season we would have dinners in the school cafeteria and it will be an automatic request for me to bring these “Farina Squares.”

It was such a great feeling knowing that the kids in the football team would feel so excited – eyes would glow up and expect to see me carrying a couple trays of this for their dessert. They would ask me…”Mrs. Spitaletta,  (my married name) did you make it?” 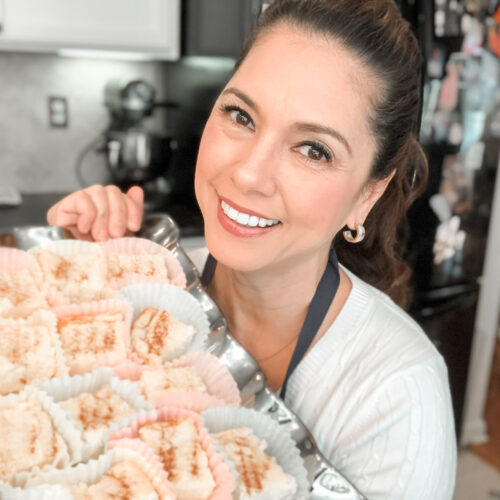 My Ginger & Lemon Tea: Why I Love It 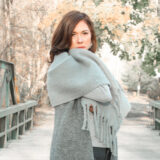